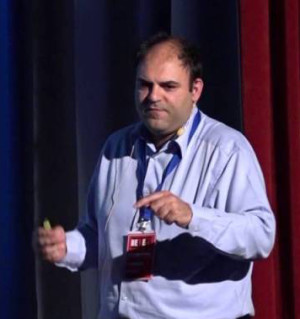 Markos G. Tsipouras was born in Athens, Greece (1977). He received the diploma degree in Computer Science, M.Sc. and Ph.D in biomedical informatics and biomedical signal processing, in 1999, 2002 and 2008, respectively, from the Department of Computer Science, University of Ioannina, Greece. Also, he received a Natural Sciences diploma from the Hellenic Open University in 2013. He has been employed as adjunct lecturer/assistant professor at various University and Technology Institutes in Greece, and in April of 2019 he has been elected Associate Professor in Signal Processing, at the Department of Electrical and Computer Engineering, University of Western Macedonia. He has worked in more than 25 European (3rd CSF, FP6, FP7, H2020) and Greek National Research Programs, as a researcher in the fields of AI applications in biomedical fields, biomedical image and signal processing and bioinformatics. He has published more than 150 papers in peer-reviewed scientific journals and conference proceedings, while he has co-authored «Medical Informatics» ebook, several book chapters and two patents (one national and one PCT). He has received more than 3000 citations for his scientific published work. His research interests include biomedical image and signal processing, bioinformatics, data mining, machine learning.